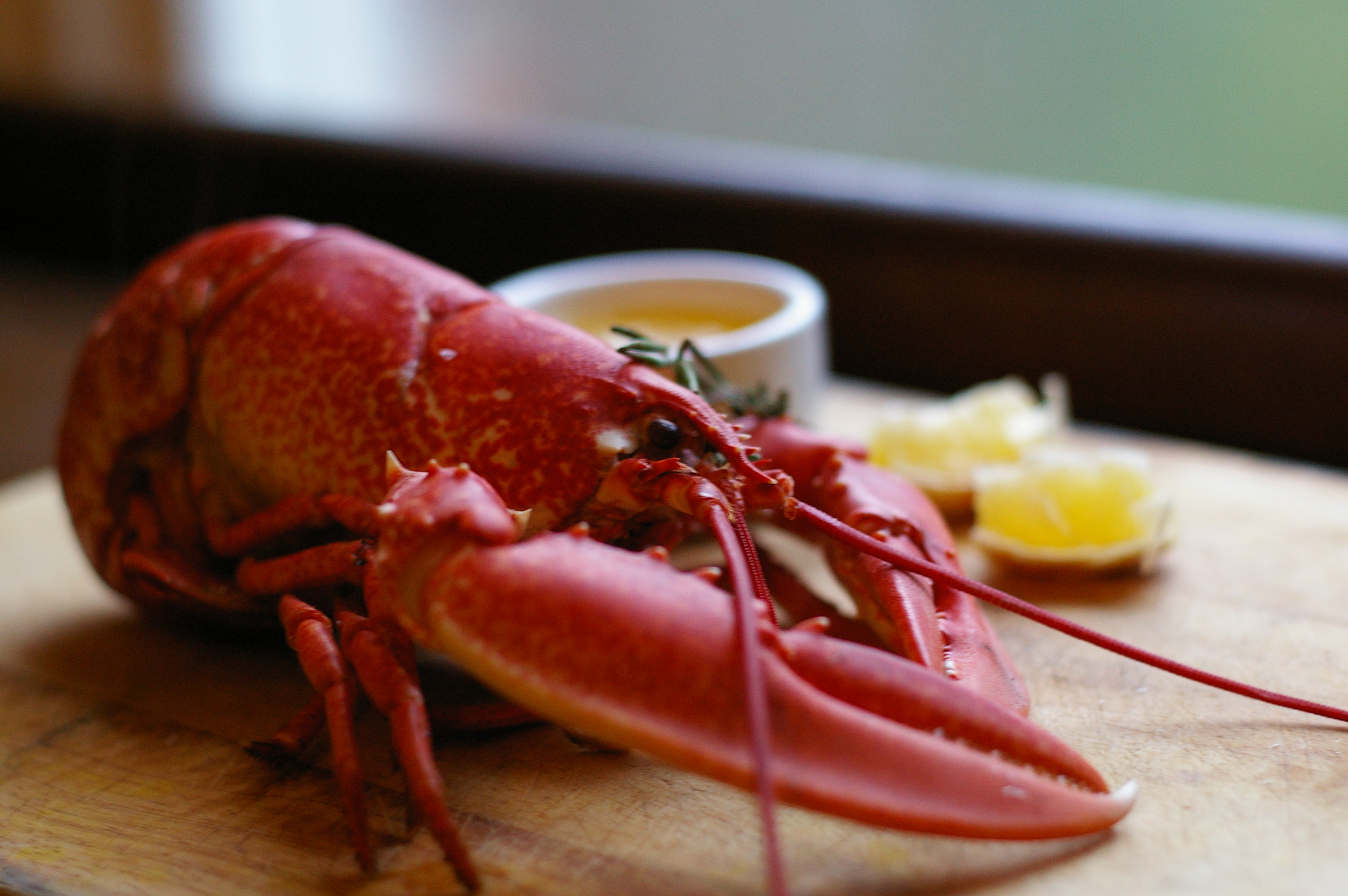 I cook fresh food as often I can and I’m lucky to be able to get the majority of my ingredients from some of the fabulous markets nearby. I would usually do a modest shop, cook in bulk and eat whatever it is throughout the week. Every now and then though, I like to indulge in the occasional extravagant treat. My last treat was the above lobster from Herne Hill Market. It was priced at £8 which I thought wasn’t bad for its 2lb weight.

Now it didn’t look like that when I bought it, it was brown and alive. Very alive! I’d not cooked a live lobster before, so after a bit of online research figured that the most humane way to kill it was to put in the freezer for an hour, which supposedly ‘puts it asleep’.  It was no longer ‘very alive’ after it’s li’l sleep, but it did still twitch a bit after a minute or so of cooking. I admit this make me feel a bit squeamish, but not enough to put me off eating it.

Eating lobster can be a messy affair, but there’s something very satisfying about cracking into its claws and picking away at its crevices to reveal the luscious sweet meat. Top that off by dunking it into hot, melted garlic butter and you’ve got yourself a winning combo. Have a go. 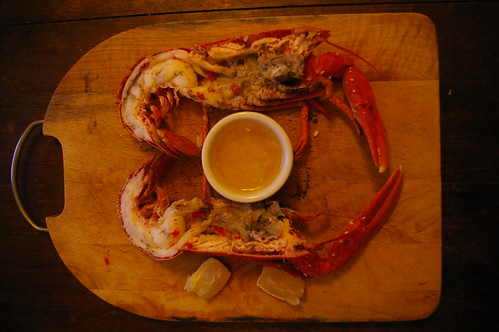 Another beautifully styled cheesecake by @theunlik

Love seeing a #fifbackgrounds in use on the Food S

Spiced Potato Scotch Eggs made and shot by moi. Ba

I'm in ❤ with these tarts by @applecakeannie. Sh

A dear friend came over for dinner last night and

Something for the weekend? Hell yeah! Cracking dis