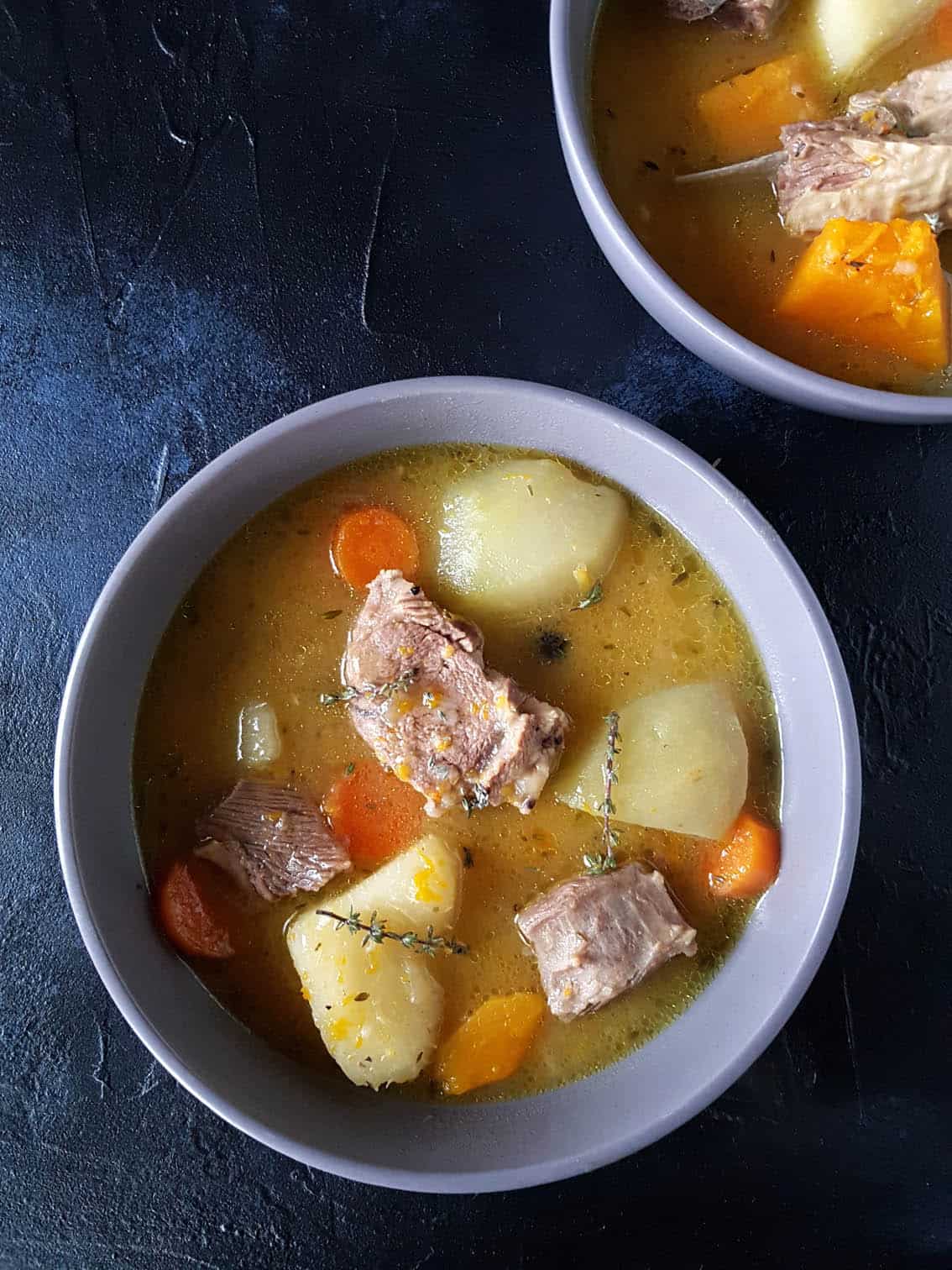 Nothing beats a big bowl of hearty, warming soup. In the Caribbean soup is traditionally served on Saturday’s (Saturday Soup). So, as I happen to be in the mood for it today, here’s my version of a Jamaican classic – mutton soup.

A bit about a few of the ingredients

From top left across to bottom right: Pumpkin – TIP: seeds can be roasted and eaten as a snack or for a topping on salads.  Scotch bonnet pepper – is one of the hottest in the world. It has a distinct flavour that packs a punch, POW. Yam – used in a similar way to potatoes, this variety is know as a hard yam and holds its shape well when cooking.  Dried soup mix – can be made without, but this mix helps give a better depth of flavour.  Cho cho – looks like a pear with a texture and taste of cucumber.  Pimento seeds (also known as allspice) – looks like peppercorns and similar in flavour to cinnamon, cloves and nutmeg.

Taste of the Caribbean